The annual Thame School’s Sports Partnership Year 3/4 football tournament was held on Tetsworth Green on Wednesday 26th June. Tetsworth won all of their group games beating St. Joseph’s ‘A’ 5-0, Mill Lane ‘B’ 2-0 and John Hampden ‘A’ 2-0 thanks to goals from Ruby, Emil and Oliver. They progressed to the semi-finals where they beat the runners-up of the other group, Mill Lane ‘A’ 2-1. In the final they faced a strong Brill team who managed to beat Tetsworth 2-0. Well done to everyone who played you have made us all very proud. 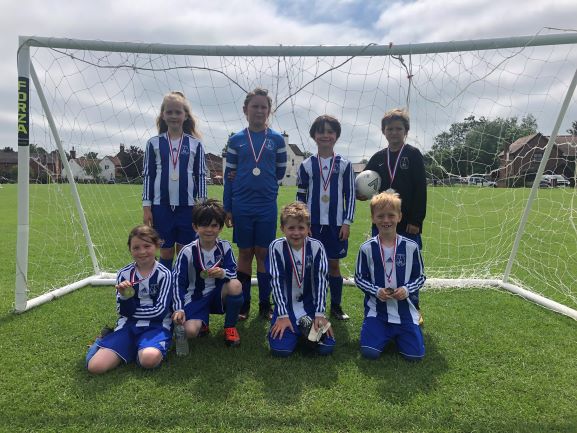